Escaping from the commercial Christmas bustle and from the foggy cold weather at the Lake Constance we decided to fly to Morocco.  The only fixed bookings were the flight to Casablanca and a very very small rental car. A rough idea about the route – at the beginning we didn’t think about crossing the Atlas Mountains – but touching the desert – visiting the Suqs – enjoying the sun and relaxing at the beach.

We arrived at 22nd Dec in Casablanca by night – the car rental was a nightmare – of course we did not want to spend a lot of money for the car – so we opted for the smallest class at Hertz. The car was dirty – the people at the rental unfriendly and the handover just a 30 sec. process at the dark parking area. Later on, we realized that this was a big mistake – you will understand later. But with the online navigation (we decided for HERE) via mobile phone we reached the city of Casablanca where we had an Airbnb reservation made in advance. Our friendly host welcomed us at midnight in a nice flat. Welcome Maroc.

We think Casablanca is a good starting point exploring Morocco – the city is busy but not so hectic (it was a Sunday). We made our first walks to see the biggest Mosque Hassan II.  with a height of 210 m! and a short stroll through the city before we departed to Rabat.

In Rabat we made our first contact with the Moroccan car parking service. At each street – even if you see nobody – there was a man or a group of men taking care about your car – helping to find a parking space which felt sometimes smaller than your car was – so in Rabat. You pay a small money and your car is supervised all time – we never had a problem with security.

We had a small room in the Medina of Rabat (all bookings from day to day via Airbnb). Sometimes it was difficult to find these houses in this labyrinth of alleyways. On the roof of the house was a terrace where you can have a sundowner – of course no alcohol – but a nice ambience.

So, we had Christmas in Rabat on a party boot in the harbor. Far away from any Christmas tree.

The next stage was going east direction to Fes.  On the way we visited Volubilis.

Volubilis (Arabic: وليلي‎, Berber: Walili) is a partly excavated Roman city in Morocco situated near the city of Meknes, and commonly considered as the ancient capital of the Roman-Berber kingdom of Mauretania. Built in a fertile agricultural area, it developed from the 3rd century BC onward as a Phoenician, then proto-Carthaginian, settlement before being the capital of the kingdom of Mauretania. It grew rapidly under Roman rule from the 1st century AD onward and expanded to cover about 42 hectares (100 acres) with a 2.6 km (1.6 mi) circuit of walls. The city gained a number of major public buildings in the 2nd century, including a basilica, temple and triumphal arch. Its prosperity, which was derived principally from olive growing, prompted the construction of many fine town-houses with large mosaic floors.   [Source Wikipedia]

Fes is a big city – with a combination of modern parts and the medina where our room was. We had good dinner and we got aware about the low temperature and the situation that all the houses did not have a heating system. So partly a small movable electric heater was available.

Looking on the map we needed to decide to cross the Atlas to see the desert or to stay on the west side of the Atlas. We felt good and loved adventures so we decided to go east. The next city was Ifrane which is a copy of a Swiss city – surprising to see this in an Arabic country – and we had snow and ski hills – ups – we thought we left the winter behind us.

The streets were fine and we made good progress after Ifrane to Midelt and to our destination in Erfoud. We needed to hurry because the sun went down and we didn’t exactly know where our private location would be. This was the pity of the whole trip that we had to make a lot of kilometers nearly every day and sometimes we felt a bit in a hurry.

In Erfoud our host was Youssef. He was renovating his parents’ clay house for guests to show the Moroccan tradition and to be a world open person. There was still a lot to do for him to reach a western sanitary standard. With a gas heater we got the bedroom a bit warmer. In the morning Youssef’s mother made us a traditional bread and breakfast on the open fire inside the house.

From Erfoud we had a touch of the desert in Merzouga. But we needed to go back west to Tinghir. In Tinghir our Airbnb host was Fanny. She left France to start her life with her Moroccan husband and her son. They rebuilt a traditional clay house and welcome tourists and groups e.g. for Yoga seminars. In Tinghir there is a part which is totally renovated in clay by Moroccan craftsmen. This is very impressive. We visited the Todra valley by feet and returned with a “traditional” dolmus (Type Dacia Logan).

Leaving Tinghir the suggestion was to visit the Valley of the Almond trees to Toundoute. This was our first off-road trail with the small Hyundai i10. But we still had some miles to go to Ouarzazate.  This stay was quite luxurious with a warm room, a hot shower and a good meal in our Riad Caravane Niamey with host Andrea.

From there it was not far away to Ait-Ben-Haddou. Aït Benhaddou has been a UNESCO World Heritage Site since 1987. It is famous as the location for many famous movies and also part of Game of Thrones.

The 12th location on the 31st of Dec. was the Kasbah Hôtel Sahara Sky close to Tamegroute. A German businessman is operating this Hotel and it was a quite different Silvester party. Only two other guests were with us, but there was Philippe, a Belgian astronomer with two colleagues of him. On the roof of the Hotel they showed us in a clear and cold desert night a lot about all the stars in the universe. Thanks to a deal with the authority the hotel had a license to serve alcohol and so we had some beer and a champagne to welcome 2017. We felt a bit like Brad and Janet in the Rocky Horror Picture Show with these crazy people around us, stranded in the desert with no escape!

And so, it was. In the morning while packing the car – we found out that the tire was flat. The spare tire – thanks Hertz Rental – was also flat. 10 km away from the next service station – no connection to the rental station. The hotel concierge Abdul organized a taxi bringing a service technician – getting the tires – fixing them in the workshop a bringing both back within 2 hours and 40 EUR all in. Thank you flexible Morocco!

With all that delay we had a long travelling day with no highlight to Taliouine. Here we stayed in a easy motel – had some dinner – and feel asleep very soon. This area is known for hiking tourism and we started next day with some hiking in the near mountains.

We then arrived in Agadir – welcome city and “civilization”. Before we went to the city we enjoyed the beach in the south of Agadir and the warm sun on our shoulders. The city itself is very touristic with recreation parks, fast food and casinos.

Next day our plan was to visit the Paradise Valley. Because of the experience with the flat tires we wanted to avoid a lot of off-road but that was not always possible. Because of some navigation problems we lost the direct way back to the national road and we were not sure to reach a gas station before running out of gas. We asked workers at a dam for gas but their vehicles are operated by diesel.  Nevertheless, they had a good advice. Muhamed at the street corner 15 km away in his store has everything – including gasoline. And yes: for a fair price we got 5 liters. So, we reached Essaouira in the evening.

Essaouira is the beach location for the Marrakesch people and a location for the hippies in seventies. We had a nice room with a view to the ocean. In the city there were vegan restaurants. We enjoyed it – knowing that we only had three days left of our vacations.

To reduce the long trip back to Casablanca we made an interim stop in El-Jadida.

Next day on the highway to Casablanca – returning the beautiful smart small Hyundai and back to Germany. Thank you Maroc for a friendly stay – beautiful impressions –  nice people – small adventures. We want to come back again!

Link to the Map (Tripline) 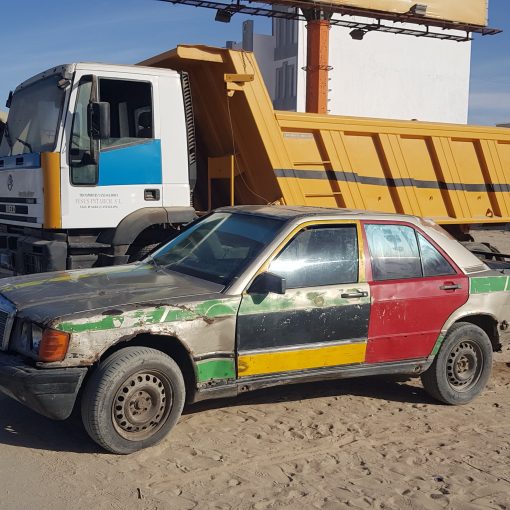 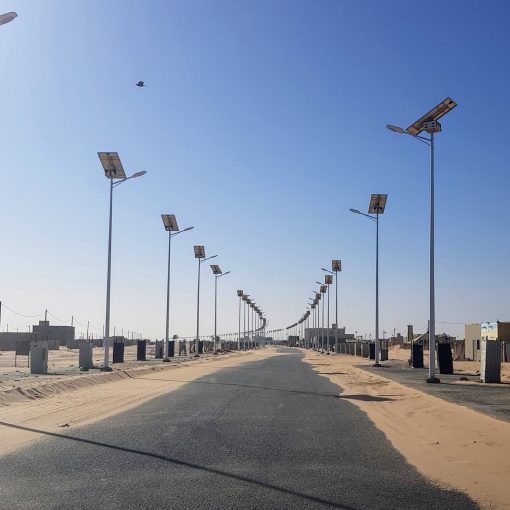 After starting this website with the goal to write about real travel experiences more than one year ago, the writer is now […] 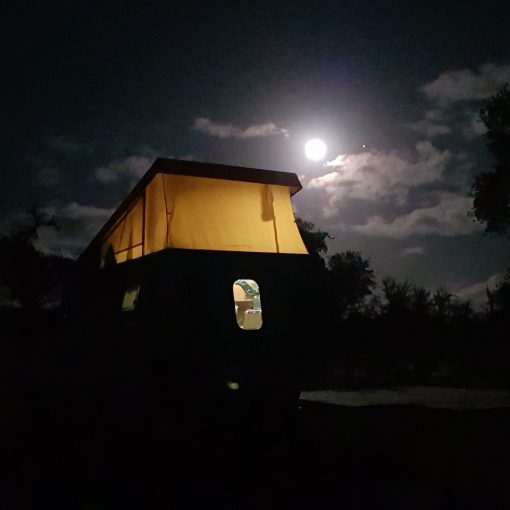